What is Hollowfibre?  Hollowfibre is so called because of the hollow strands of fine polyester from which it is made.  The hollow, air-filled centre running through the fibres traps warm air and gives the duvet a bouncy filling. Hollowfibre duvets are very lightweight, but offer great TOG ratings, so you can keep very warm without having a thick, smothering duvet on your bed.

Hollowfibre is a synthetic, or ‘man-made’ material similar in appearance to candy floss.  The fibre is soft and bouncy, making it a perfect filling for pillows and duvets.  It is durable, long-lasting and fully machine washable, the most popular filling choice for most duvets.

It is also ideal for allergy sufferers.  Synthetic, or ‘non-allergenic’ duvets are hypoallergenic – the only real option for those who suffer from allergies to feathers or down, but also those allergic to dust mites.  Hollowfibre duvets and pillows can be machine washed at 60 degrees, killing dust mites and bacteria.  The hollow, synthetic fibres also take away any sweat and can be washed much more regularly than natural fillings.

There are, of course, a number of differences between hollowfibre and down duvets fillings, but perhaps the biggest is that of price vs. durability.  A feather/down duvet could last up to three times as long as a hollowfibre filled duvet, but could cost three times as much.

When we were kids, we called them ‘Continental Quilts’ and they were the brand new – even a bit posh – thing!  Nowadays, a duvet is much an essential part of any bedroom as the bed itself!  As of writing this post, we stock only hollowfibre filled duvets, although we’re in the process of finding good value and quality feather/down duvets.  While we appreciate the ‘luxury’ element of natural duvets, we’re generally much bigger fans of the hollowfibre ones.  They are much easier on the pocket and, if properly cared for, will last a long time.  They’re also considerably more convenient when it comes to washing and drying.

We offer three hollowfibre duvets in 4.5 TOG, 10.5 TOG and 13.5 TOG – the three most popular variations.  If you’re unsure about TOG Ratings, check our post describing the differences. 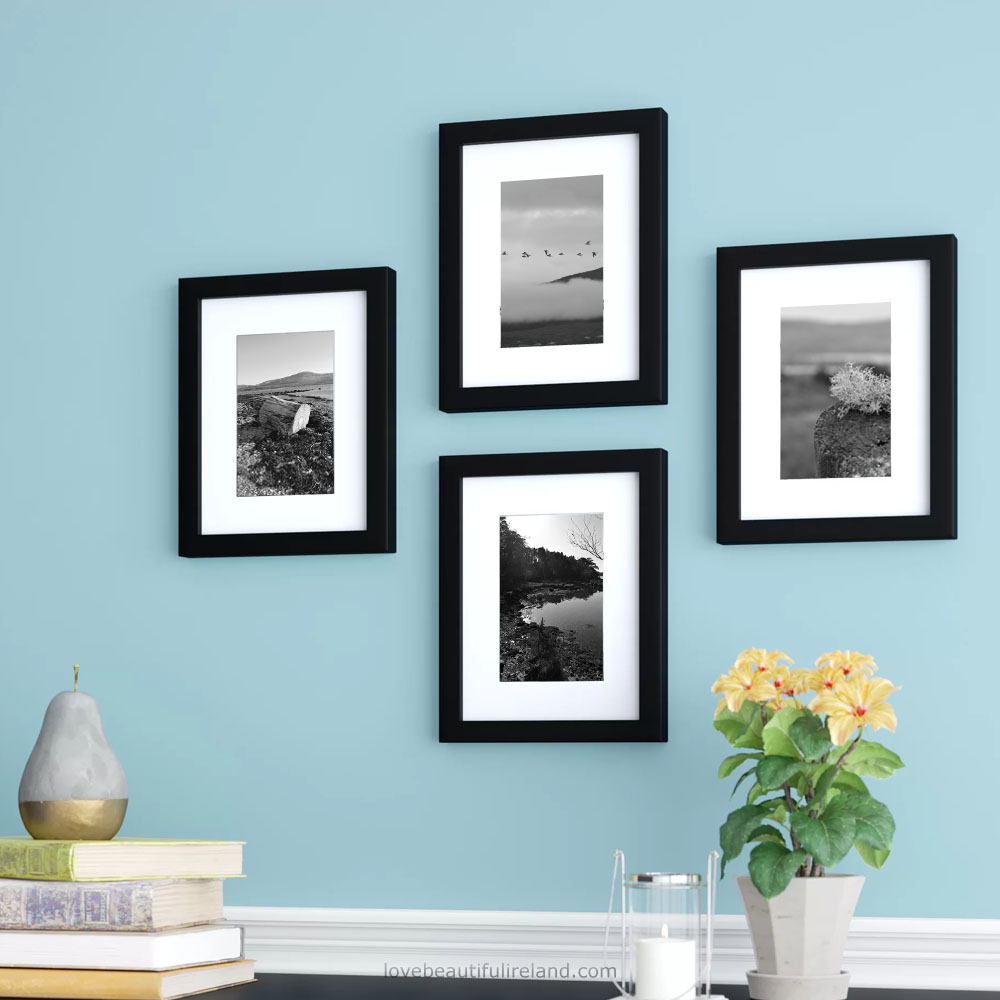 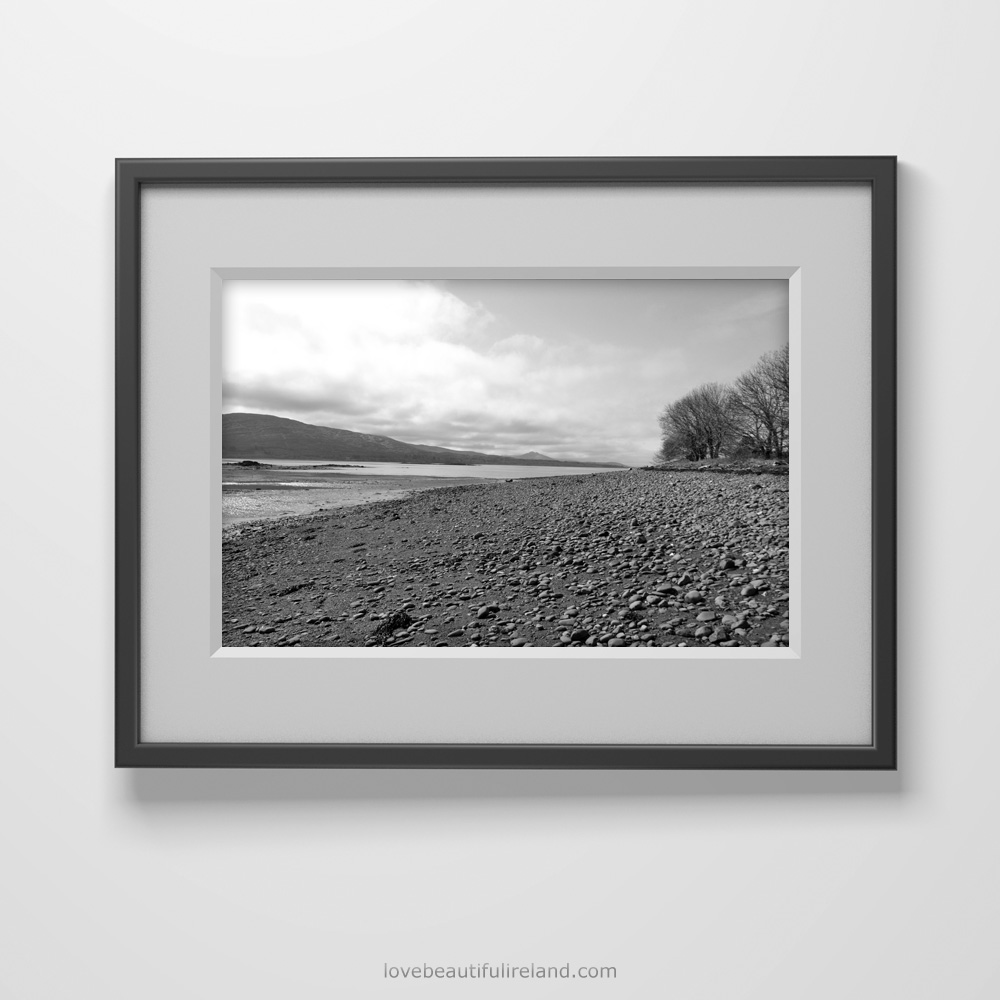 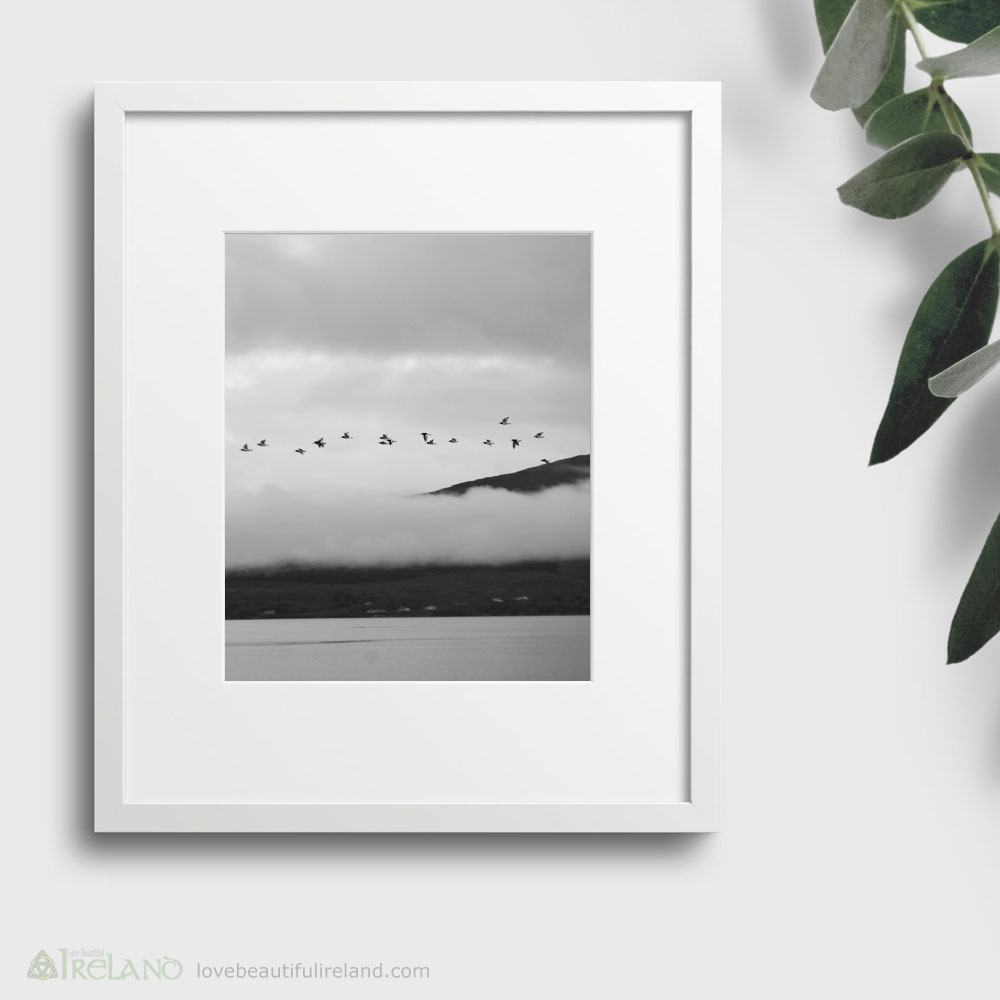 Monochrome wall art photography prints of beautiful Ireland.  Classic black and white photography of Irish landscapes for modern contemporary décor. With black and white prints you can never go wrong, they are timeless and will keep your bedroom looking elegant and stylish.  Create an eye-catching gallery of monochrome landscapes of the stunning Kingdom of Kerry.  The contrast of traditional décor and contemporary art prints is a wonderful juxtaposition.  Buy stunning monochrome artwork prints from LoveBeautifulIreland.com.

Individual framed prints look great, but a set of four or five, tastefully arranged on your wall looks incredible!  Most prints are approximately 11½ by 16½ inches, all with bold frames in black or white and white inset card.  Overall measurement approximately 17½ by 22½ inches.

Bring a real touch of contemporary elegance to your home, guest house or hotel with these stunning monochrome prints of The Kingdom of Kerry!  Discounts for Kerry Linen customers, too!

Summary
Article Name
What is Hollowfibre?
Description
What is Hollowfibre?  Hollowfibre is so called because of the hollow strands of fine polyester from which it is made.  The hollow, air-filled centre running through the fibres traps warm air and gives the duvet a bouncy filling. Hollowfibre duvets are very lightweight, but offer great TOG ratings, so you can keep very warm without having a thick, smothering duvet on your bed.
Author
KerryLinen.ie
Publisher Name
KerryLinen.ie
Publisher Logo

KerryLinen.ie is opening very soon!  We're still sleeping, but leave your email address and we'll let you know as we wake up!  FREE SHIPPING on your first order, too!  We'll see you very soon!